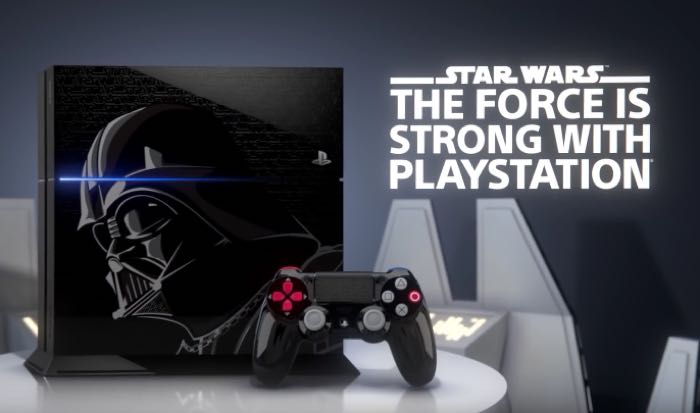 Sony has announced that they are releasing a new limited edition Star Wars PlayStation 4, the new console comes with some Darth Vader graphics and it will go on sale on the 17th of November.

The new Star Wars PlayStation 4 will come with 500GB of storage and a Darth Vader themed DUALSHOCK 4 controller, have a look at the video below.

The Force is about to get a whole lot stronger with PlayStation. I just got off the stage at the D23 Expo in Anaheim, where I introduced a very special limited edition Darth Vader-inspired PS4 system that will be available as part of two Star Wars bundles available November 17th (pre-orders starting soon).

Sony have said that they will start taking pre-orders on this new Star Wars PlayStation 4 console soon, you can find out more details at the link below.