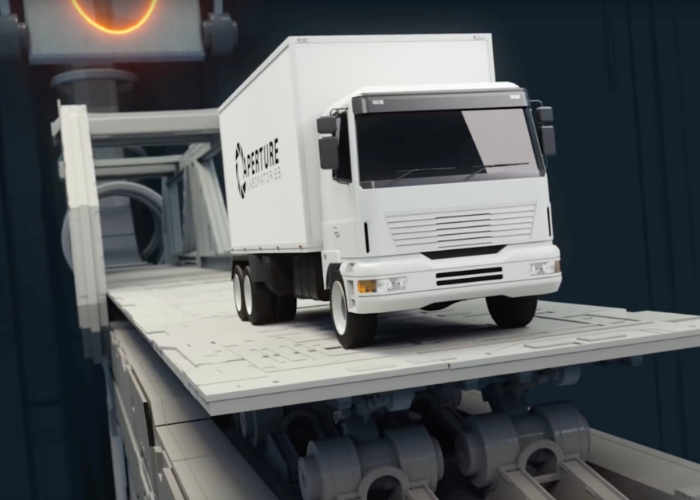 Portal fans are sure to be pleased that a new game has been unveiled today called the Bridge Constructor Portal which will be launching later this month on December 20th, 2017 for PC, Linux and Mac OS systems priced at $10. A mobile version of the game will also be available on Android and iOS devices for $5 with console editions rolling out early next year. Check out the trailer below to learn more about what you can expect from this spin-off game based on the popular Bridge Constructor game.

“Hello and welcome back to the Aperture Science computer-aided enrichment center.” We welcome all lucky applicants to Bridge Constructor Portal with our new vehicle-based test chambers, Quantum Tunnels and patented Aperture technology! For the last year we’ve been secretly working in our underground labs on the next iteration of the million-selling Bridge Constructor series. This new stand-alone title will release on PC, MacOS, Linux, mobile devices, and console, and fully embraces the Portal license, one of the most beloved video game franchises of the last decade.

Bridge Constructor Portal will blend the laws of structural engineering and technology straight from Aperture Laboratories into an exciting new game experience, all under the demanding gaze of GLaDOS. Bridge Constructor Portal will be released on December 20 2017 for Windows, MacOS and Linux as well as for mobile devices. The console versions will follow in early 2018. “If you’ve been paying attention the solution should be obvious. As the case may be… good luck!”