It’s just too provocative, you see.  But as a clever out-of-the-box idea, why not? The specs are respectable too. Capable of playing mp3 and WMA files, the Bombshell mp3 player has a USB connector and slots for microSD input. Funny it’s called a Bombshell even if it looks like a bundle of dynamite. 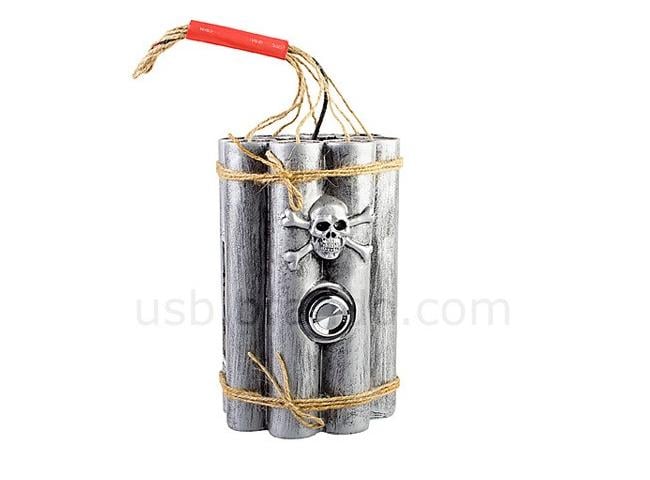 Those strings also look like they’ll unravel after repeated use. The skull and bones is a nice touch though. Pirate sensibilities is what we’re thinking. Unfortunately a red version is unavailable–that is, the Bombshell painted in dynamite red for faux authenticity.

Other important features/specs is a connector for compatibility with CD players (!), iPods, and PCs. It also functions as a speaker and has a Li-Ion battery. Just don’t try to be funny and throw this around lest it breaks.

The Bombshell mp3 is selling for $43 at Brando. The Bombshells et comes with a remote control (not for detonating), a charging cable, a USB cable, and an AC adapter.