Further to the discovery of the Live TV code within an unreleased Boxee 1.5 software update Boxee has now confirmed that a new Boxee Live Tv dongle is soon to be released that will provide users with access to live over-the-air broadcast TV via the Boxee Box.

The new dongle is being manufactured by Hauppauge and will come complete with an antenna capable of receiving free HD TV signals. Boxee’s software will also support the device with a dedicated EPG for live TV. 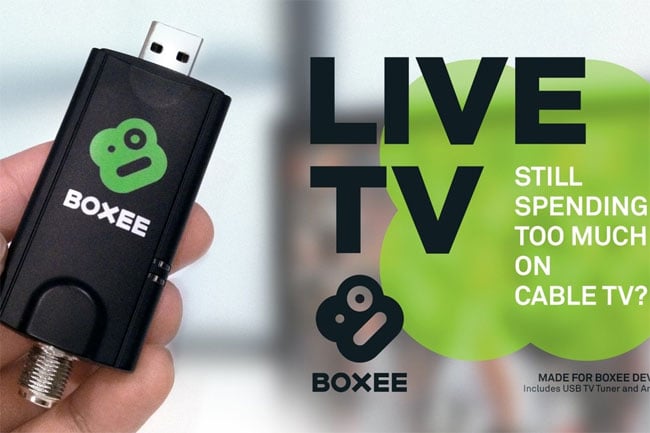 Boxee Box users will also be able to use the  social features, including the features that allows you to inform others what you’re watching at any given time. Boxee explains:

“Cable companies keep telling the press and investors that ‘cord cutting’ is not real, and that if it exists then it’s limited to people who can no longer afford cable. We are sure they are conducting objective and unbiased research, but we are meeting more and more ‘cord never getters’ and ‘cord cutters’ every day. They are more than just people tightening their belts in tough economic times, these are people who have left cable TV behind because it does not fit their lifestyle. They are part of a changing culture, with a changing expectation of how they watch the shows they love… The only time they tune into a channel is to watch something live.”