RIM are expected to announced their first BlackBerry 10 devices later this year, and now the guys over at N4BB have obtained some information on the L-Series and N-Series. 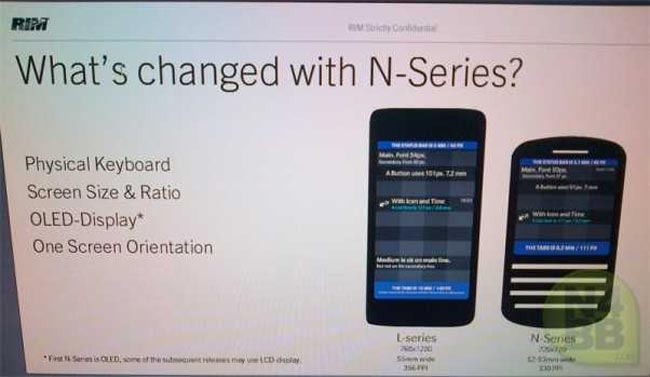 As soon as we get some more information on the BlackBerry L-Series and the BlackBerry N-Series, and also some details on when they will be available we will let you guys know.