After months of guessing and tinkering around with rumors, Blackberry Messenger for iPhone and Android will hit the respective App Stores this week. Blackberry announced that Blackberry Messenger for Android will hit Google Play Store on September 21st starting 7AM EDT and will be compatible with any device running Android 4.0 Ice Cream Sandwich and Android Jelly Bean. On the other hand, BBM for iOS will be available for download on September 22nd at 12:01AM local time, and will be compatible with both iOS 6 and iOS 7.

According to Andrew Bocking, Executive Vice President for BBM at BlackBerry,

BBM is a very engaging messaging service that is simple to use, easy to personalize and has an immediacy that is necessary for mobile communications. With more than a billion Android, iOS, and BlackBerry smartphones in the market, and no dominant mobile instant messaging platform, this is absolutely the right time to bring BBM to Android and iPhone customers. 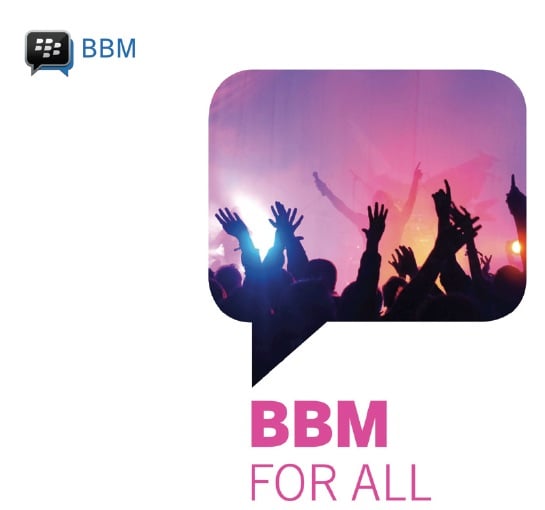 The cross-platform Blackberry Messenger (BBM) will bring a number of exciting features including BBM Chat, which allows users to get in touch with their loved ones on Android, iPhone and Blackberry. With BBM Chat, you can even share files and photos with your friends on the go. Other features include group chat, status updates, and more. However, BBM video calling and voice calling is not available on Android and iPhone, but they are planned to launch in future versions.

Complete details about BBM for Android and iPhone can be found at the source link below.