Well if you have been patiently waiting for the iPlayer app to be released on to the iPhone. You will be pleased to know that it has now been officially launched, and the BBC’s iPlayer application is now ready to download on smaller iOS screens. 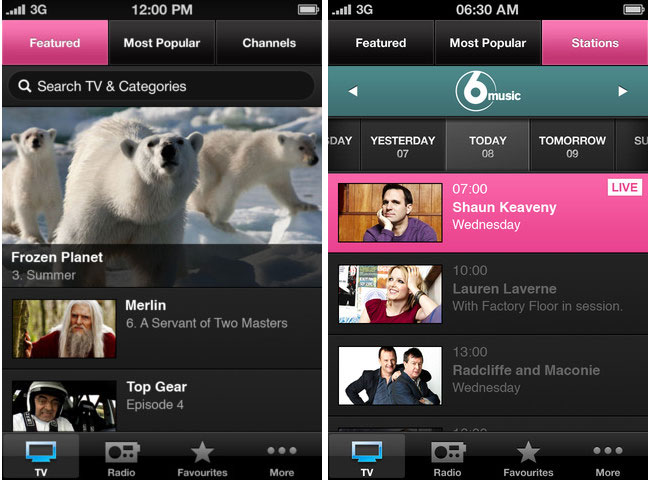 Daniel Danker, the BBC’s general manager of Programmes and On Demand explains;

“People love using BBC iPlayer on mobiles and tablets, and with 16.5 million programmes watched in October 2011 usage has more than doubled over the last year,”- “With the new app audiences will enjoy?catch up and?live TV in a simple, easy-to-use mobile experience.”

“Today’s announcement also means more licence fee payers can enjoy a better experience when using BBC iPlayer on the move, and reflects our ambition to take BBC iPlayer beyond the desktop,” said Danker. “We have worked closely with mobile operators to ensure that their networks are ready for iPlayer, and introduced 3G streaming to offer licence fee payers a truly mobile experience.”