If you are thinking of pre-ordering Battlefield 3 it might be worth your while using either Game, Gamestation or Origin as all these are offering the Battlefield 3 Physical Warfare Pack as a pre-order bonus on launch.

If you are still undecided, to whet your appetite a little more before the games launch EA has released a new trailer featuring the equipment that will be included in the pre-order bonus. Watch the video after the jump. 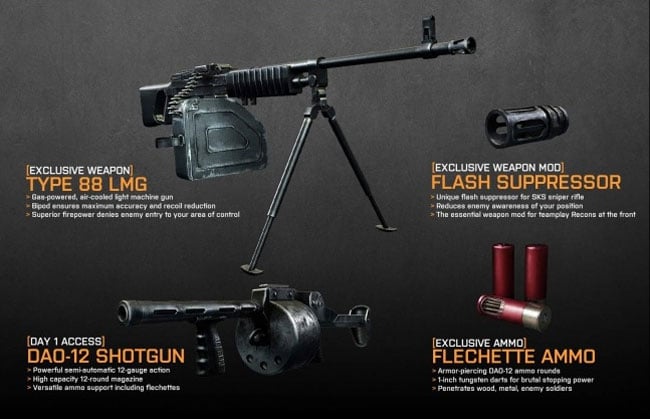 The Physical Warfare Pack will contain the DAO-12 semi-automatic shotgun, Type 88 Light Machine Gun, flechette ammo for the DAO-12, and a flash suppressor for the SKS sniper rifle.

But don’t worry if you haven’t pre-ordered through one of the suppliers mentioned above as the Battlefield 3 Physical Warfare Pack will eventually be available as a free to all DLC. If you haven’t already ordered you can pre-order Battlefield 3 directly from Origin for £40 or $65.