Further to the announcement that enraged Battlefield 3 gamers, EA has now announced that the new retailer-exclusive pre-order Physical Warfare DLC announced for the UK will become available to everyone some time after release, for free.

The Physical Warfare DLC will also not be restricted to the UK but will be available globally to all gamers as a pre-order bonus, which has been confirmed by DICE’s Karl Magnus Troedsson. 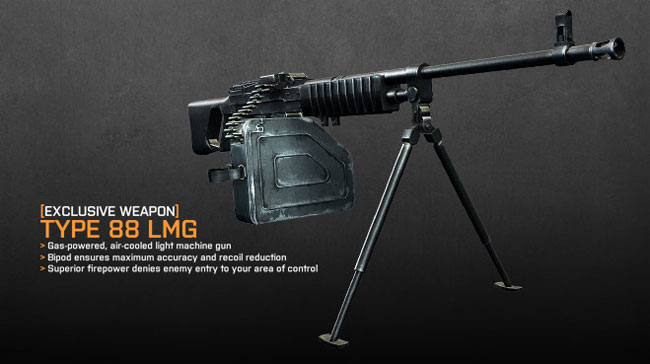 The weapons included in the new DLC are are follows:

Weapons and items only available in the Physical Warfare Pack including the Type 88 light machine gun with bipod for superior firepower and total zone control, the SKS sniper rifle flash suppressor that provides increased stealth abilities for Recon soldiers, and the lethal armour-piercing flechette ammo for the DAO-12 semi-automatic shotgun that is sure to tear through anything in its path.