A new video has been created with footage taken from the International Space Station (ISS) which shows the world from a different perspective with stunning effect.

The video effects were created by stacking image sequences provided by NASA, which then created the star trails and unique patterns, formed by lightning storms, satellites and even meteors. 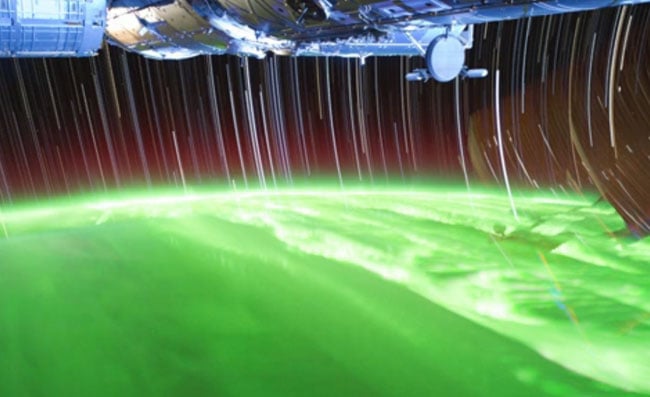 The video was created by Christoph Malin who explains: “This video was achieved by “stacking” image sequences provided by NASA from the Crew at International Space Station. These Stacks create the Star Trails, but furthermore make interesting patterns visible. For example lightning corridors within clouds, but they also show occasional satellite tracks (or Iridium Flashes) as well as meteors – patterns that interrupt the main Star Trails, and thus are immediately visible.”