Check out these mini dueling radio controlled helicopters, and ideal gadget to keep your kids entertained with, and a lot of fun for yourself. Take to the air from the palm of your hand then use the shoulder button on the remote to fire at your opponent copter. Each shot causes the nose of your chopper to flash with simulated gunfire. The first hit causes your enemy to … END_OF_DOCUMENT_TOKEN_TO_BE_REPLACED 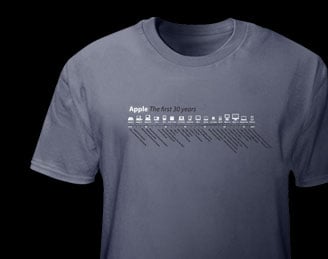 Here is another geeky garment for your wardrobe, this time it's an Apple Timeline T-Shirt, which shows what Apple has been up to over their first 30 years. The timeline on the T-shirt starts over 30 years ago in 1976 with the launch of the Apple I, and features every major Apple device that has been launched in the company's first 30 years, and great way to remind you of the … END_OF_DOCUMENT_TOKEN_TO_BE_REPLACED 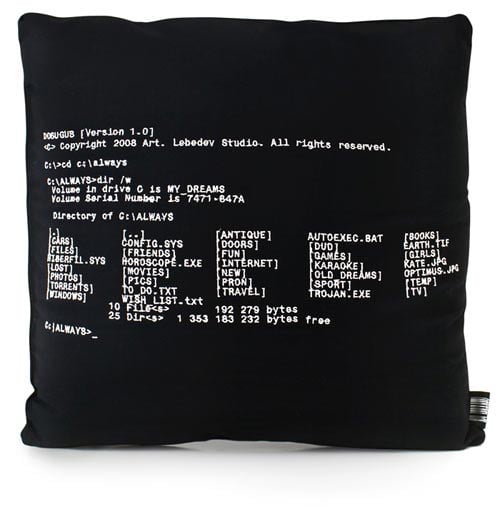 If you fancy adding some geeky style to your apartment or house then you may want to have a look at this fun geeky cushion, the DOS Cushion. The DOS cushion will let all your friend know your are a total geek, and it would also look cool in your office as well as your home. It is black like the DOS screen, and has a bunch of commands and a command prompt on it on it, … END_OF_DOCUMENT_TOKEN_TO_BE_REPLACED 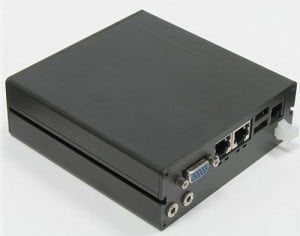 Check out this Fan-less Linux PC from Compulab. It is roughly the size of a paperback book, and it only uses a small amount of power between 3 to 5 watts. The fitPC comes with Linux pre-installed and is design to fit into spaces where conventional PC's can't. According to Compulab the fit-PC is based on the company's CM-iGLX computer-on-module (COM), reported as the … END_OF_DOCUMENT_TOKEN_TO_BE_REPLACED

The G-metric Nano is a desktop tiny PC featuring a VIA NX15000 Nano-ITX mainboard and 1GB of Crucial DDR2 memory. The power is provided by an 80W picoPSU and it features a stunning design by Jeffrey Stephenson. The case is handmade from Hard Pennsylvania Cherry veneer and it features an art deco geometric design on the top of the PC, the is also an inlay which is constructed … END_OF_DOCUMENT_TOKEN_TO_BE_REPLACED 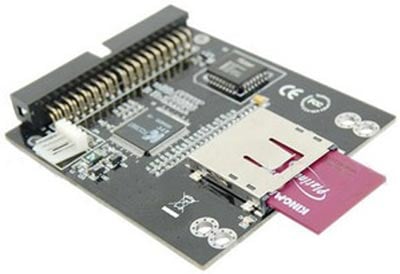 Check out the IDE to SD card adapter which is designed to let you use an SD card with your computer as you hard drive, it is designed to be replace your HDD or replace an additional HDD. This SD card adapter  connects directly to an IDE cable and you can use an SD card as the main hard drive for your operating system. It is probably not going to be faster than a SATA hard … END_OF_DOCUMENT_TOKEN_TO_BE_REPLACED

Gear Live have produced a new video showing all the new features in the upcoming iPhone update, the next version of Apple's mobile software will be firmware version 1.1.3 The update brings a range of new features to the Apple iPhone, have a look at the video below for more information on what will be included in the next software release. The are a couple of cool new … END_OF_DOCUMENT_TOKEN_TO_BE_REPLACED 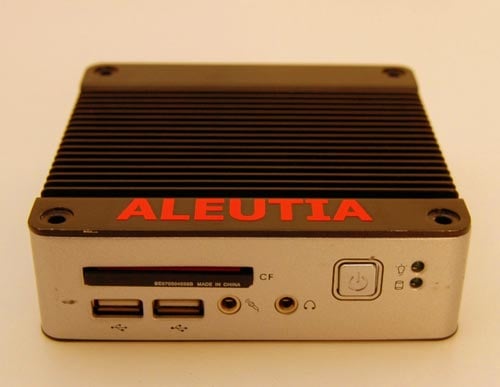 The Aleutia E1 is a mini Linux PC, which comes in a tough aluminium case, has no moving parts and also runs in complete silence. The cool thing about this mini linux PC is that it uses only 8 watts of power, which is about a quarter of the power used by an average laptop.   It runs the Puppy Linux OS, and also comes with office compatible software. … END_OF_DOCUMENT_TOKEN_TO_BE_REPLACED

Hi everyone, welcome to Geeky Gadgets, the one stop place for the latest gadgets and geeky gear, our aim is to bring you the latest news and reviews on everything to do with, gadgets, geeky stuff and technology news.     We will be showing you some really cool stuff from around the web, including the latest and greatest gadgets, our aim is to update the site … END_OF_DOCUMENT_TOKEN_TO_BE_REPLACED 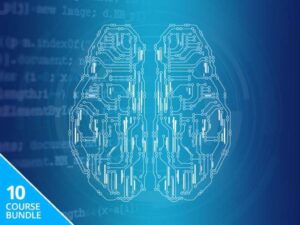