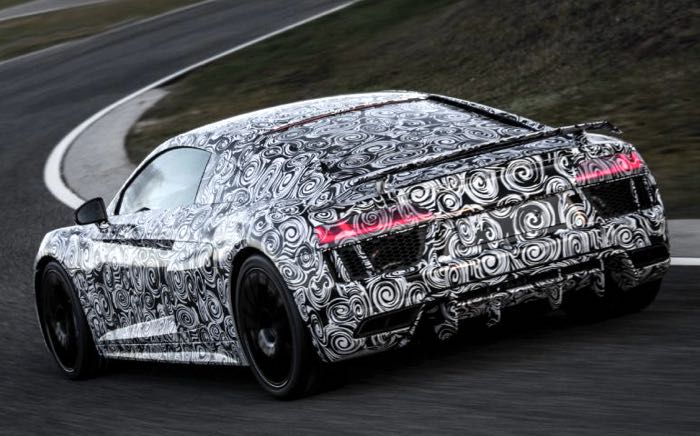 The new Audi R8 will be made official at the 2015 Geneva International Motor Show next month, Audi recently teased some of the features on the new Audi R8.

The guys from Auto Express have managed to go for a spin in the new Audi R8, and you can see a camouflaged version of the car in action in the video below.

The new 2015 Audi R8 certainly looks and sounds impressive from the video, and we are looking forward to finding out exactly what it looks like next month.

We will have more details on the new Audi R8, including specifications on the engine options and also performance figures when it is made official in Geneva in March.