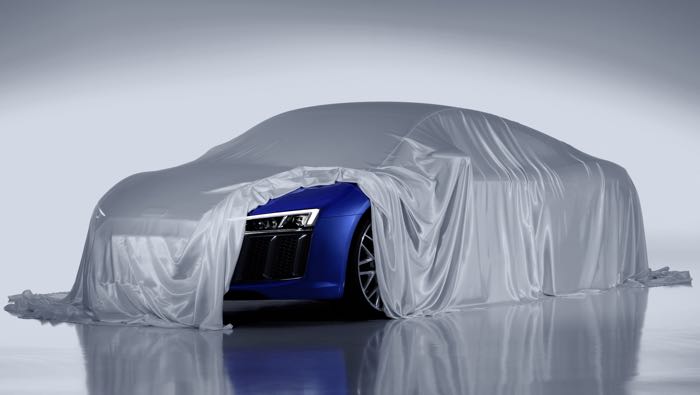 Audi will launch their next generation Audi R8 at this years Geneva International Motor Show in March, and now Audi has teased their new supercar ahead of its official launch.

The company has announced that the new Audi R8 will use LED headlights as standard and the car will also come with the option of laser headlights.

The new R8 will set new standards among high‑performance sports cars – including in its lighting technology. As an option, the latest car development by Audi can be equipped with a laser spot as the high‑beam headlight. The special appeal of laser lighting is that it uses high‑intensity laser diodes, which generate a lot of light energy from a very small component. Compared to LED high‑beam headlights, laser high‑beams attain nearly twice the lighting range.

We are looking forward to seeing the next generation Audi R8 at this years Geneva International Motor show, as soon as we get some more details and some photos of the new R8, we will let you guys know.