Nokia Lumia 1520 is the fastest Windows Phone 8 handset, which is expected to hit the shelves on November 22nd in the US. AT&T will offer the handset exclusively to its customers and started taking pre-orders of the device over a week ago. The handset is also available for pre-order on the Microsoft Store for $199.99 with a two-year contract, along with vouchers worth $70 and a free copy of the Halo Spartan Assault. 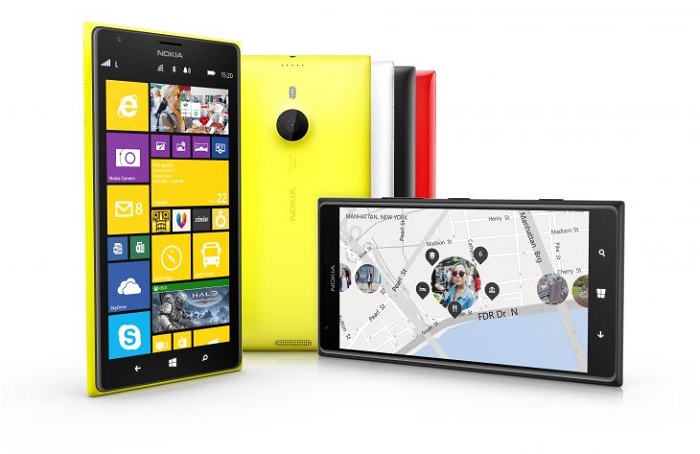 Surprisingly, the carrier has slashed the price of the Nokia Lumia 1520 to $99.99 with a two-year agreement. That’s a pretty sweet deal for a device that can go up against any powerful Android handset, thanks to the GDR3 update which brings support for high-end hardware.

Additionally, the handset is available in all four colors: red, black, yellow and white. The phablet still costs the same $584.99 off-contract or $27 per month for 20 months on AT&T’s Next plan. Interestingly, the orders placed online will be shipped on November 19th, three days before it hit the shelves on November 22nd. 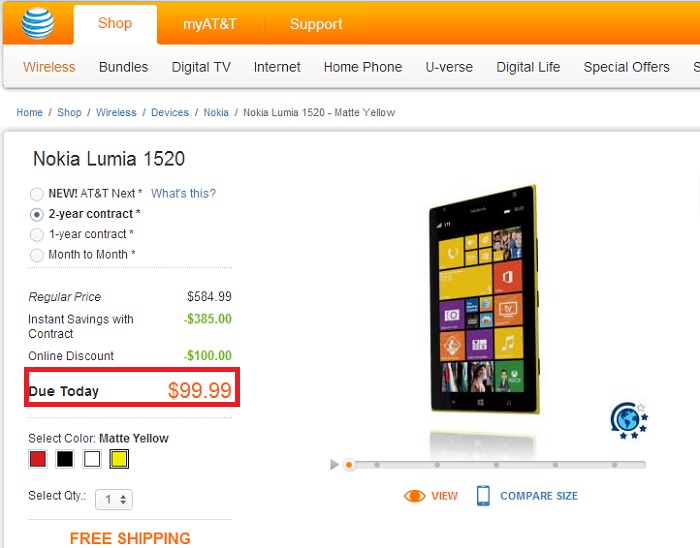 For $99.99, you’d be able to get your hands-on a gigantic 6-inch display sporting a resolution of 1920 x 1080 pixels. Under the hood, Nokia Lumia 1520 comes with a quad-core Snapdragon 800 chipset clocked at 2.2GHz with 2GB RAM, 16GB storage on board with a microSD card slot of extra memory and an impressive 20MP camera with PureView technology and Carl Zeiss. The handset is expected to launch in the global market with 32GB storage, but the folks at Nokia mentioned that the 32GB version will be available on AT&T in the near future.

Are you going to get your hands on the Nokia Lumia 1520?