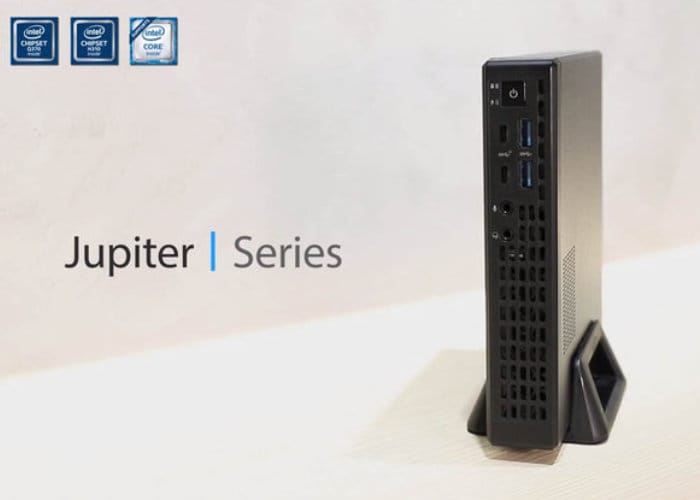 Two new mini PCs have been unveiled by ASRock powered by Intel’s Coffee Lake processors and taking the form of the Jupiter Q370 and Jupiter H310. Measuring just 178 x 178 x 34mm in size the mini PC systems also feature 100 x 100mm and 75 X 75mm VESA mounting locations allowing them to be easily attached to the back of monitors if desired.

The Jupiter Q370 and Jupiter H310 mini PC systems will be powered by 8th generation Intel Core processors with a 65W TDP, supported by two DDR4 SO-DIMM memory slots to support up to 32GB of DDR4-2666 memory. Internal storage will be provided by a 2.5-inch bay to install a single hard drive or SSD and a M.2 (2280) slot that supports PCIe or SATA M.2 SSDs. 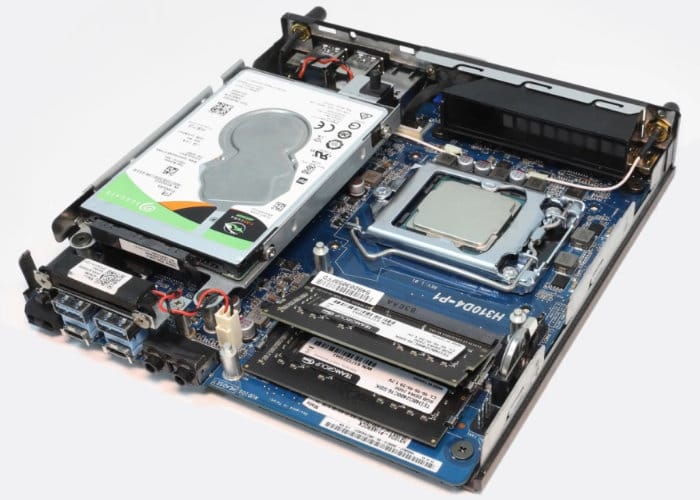 Other features include an integrated heatsink and fan to help cool the processor as well as an additional M.2 (key E 2230) slot the addition of Wi-Fi and Bluetooth modules. Unfortunately, no information on pricing or worldwide availability has been released as yet for the two unveiled ASRock Jupiter mini PCs, but as soon as information comes to light, we will keep you updated as always.