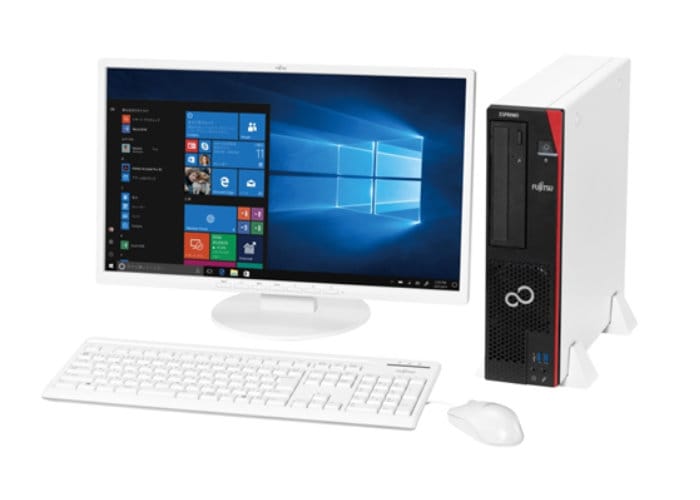 The new Fujitsu compact PC systems will initially start rolling out throughout Japan during July 2018 and are expected to be made available further afield in the near future. The Esprimo D958/T is the flagship of the new desktop PC systems and is equipped with Intel vPro technology and offering excellent power efficiencies, says Fujitsu.

The Esprimo D588/T is a multi-function model built for use in healthcare facilities and 24-hour continuous run times, offering a range of features, including support for tolerance standards for electromagnetic interference and static electricity. While the Esprimo D558/T has been built to offer an entry-level model with superior cost-performance. “In addition, as a new custom option, Fujitsu is offering a USB guard add-on, which physically seals all USB ports on the PC. This strengthened security measure prevents cyber-attacks and data leaks resulting from unauthorised connections.”