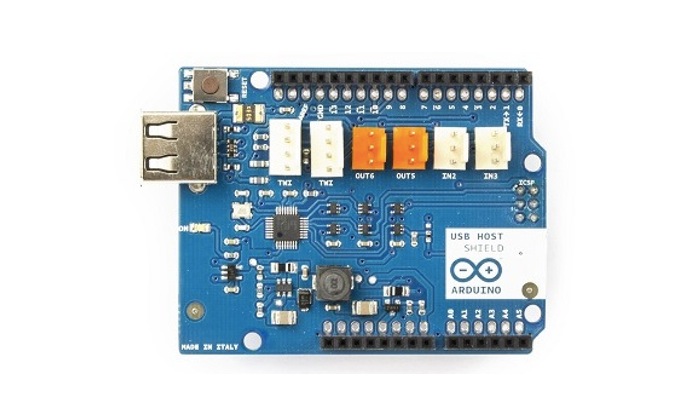 This week the official Arduino website has announced the availability of their new Arduino USB Host Shield and ArduinoISP boards from the Arduino Store.

The Arduino USB Host Shield pictured above has been created to enable Arduino programmers to connect USB devices to the Arduino development board using the included USB port, such as game controllers, digital cameras, phones, keyboards and more.

Arduino explains a little more : “the Arduino USB Host Shield is based on the MAX3421E, which is a USB peripheral/host controller containing the digital logic and analog circuitry necessary to implement a full-speed USB peripheral or a full-/low-speed host compliant to USB specification rev 2.0.” 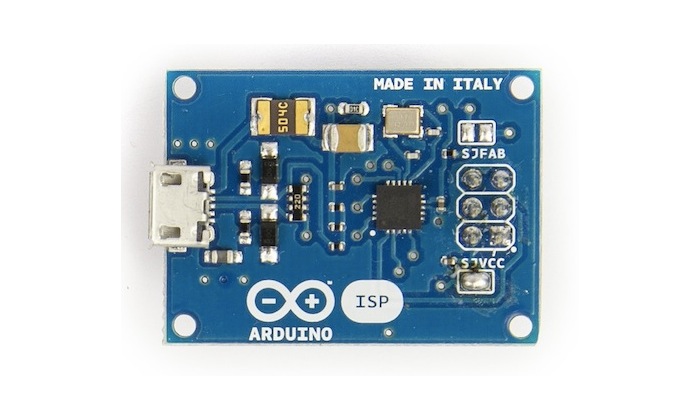 While the new ArduinoISP (in-system programmer) board has been created to provide extra space on the Arduino board for developers and makers and is based on David Mellis’ projectFabISP. Arduino explain:

“The Arduino ISP is an In-System-Programmer that is used to program AVR microcontrollers. You can use the Arduino ISP to upload sketches directly on the AVR-based Arduino boards without the need of the bootlader. Otherwise you can use it to restore the booloader.”

For more information on the new two new Arduino development board arrivals jump over to the official Arduino website for details. 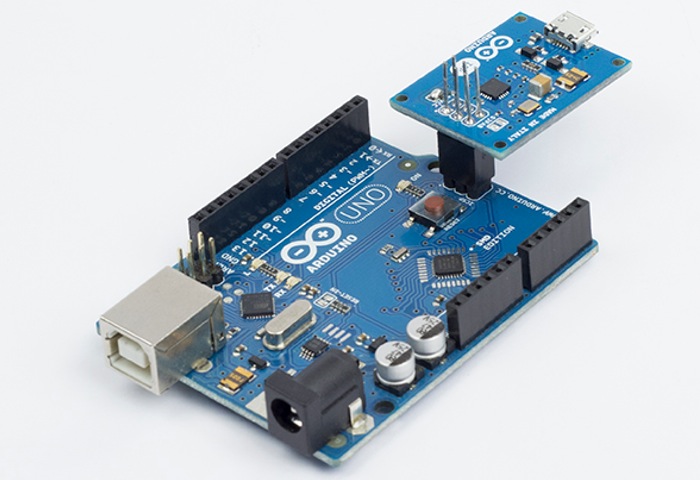