As well as other applications such as Apple Airport Utility and Find A Friend apps becoming available before the official launch of Apple’s iOS 5. Apple’s Newsstand has also launched and is now live as a stand alone application ahead of the big launch.

Apple’s updated Newsstand application has been designed to pull in existing Conde Nast titles that are now using Apple’s own service and their icons will eventually free up a little space and remove themselves from your iOS device’s desktop. 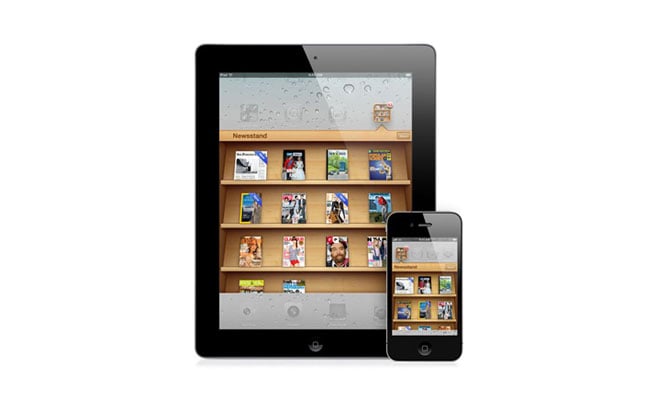 Newsstand was first unveiled back in June, and as expected is the new home for your magazine and newspaper subscriptions, which will now automatically update in the background, making sure you have the latest copy to hand.

Non-newsstand magazines such as the likes of the Economist will remain as standalone apps although you will not be able to purchase any content through them, due to Apple’s terms and condition changes announced back in February this year.