Apple has officially launched Final Cut Pro X and it is now available to download from the Mac App Store for $299.99, and this new version of Apple’s Final Cut has had a complete overhaul from the previous version.

Final Cut Pro X is capable of rendering in the background, enabling users to be able to edit on the fly. It will also come with 64bit support and can also  handle 4K clips on 8 core editing rigs. 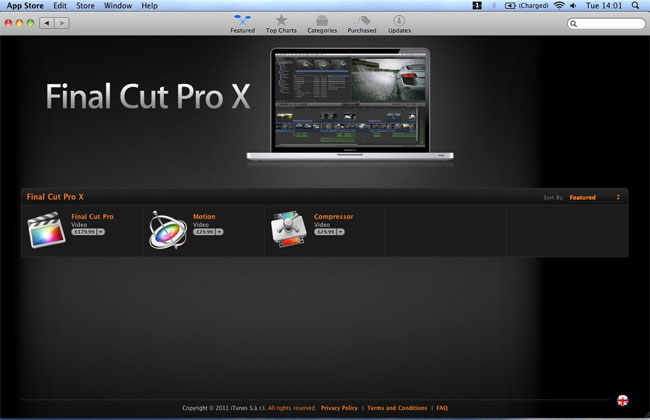 “Final Cut Pro X is the biggest advance in Pro video editing since the original Final Cut Pro,” said Philip Schiller, Apple’s senior vice president of Worldwide Product Marketing. “We have shown it to many of the world’s best Pro editors, and their jaws have dropped.”

You can find out more details about Final Cut Pro in the Mac App Store or over at Apple’s website.