Apple has rolled out its Apple iBeacon service to all of its 254 Apple retail stores in the US, the service will send messages about products and services to wherever you are inside the Apple Store.

The Apple iBeacon services will send messages to your iPhone, iPad or iPad Touch if you have Apple’s Store app installed on your device, in order to use the feature, you will have to give the application permission to track you. 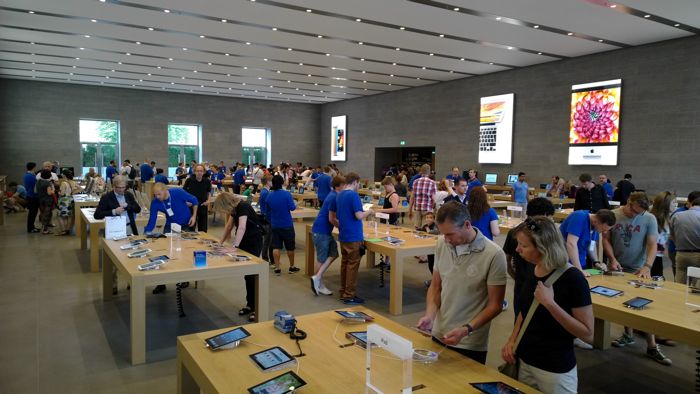 Apple showed off the technology earlier this week to the Associated Press at their Fifth Avenue store in New York, and they are rolling the service out to all of their Apple stores in the US today.

Apple also has plans to expand their Apple iBeacon service beyond Apple Stores, the service is also being tested in other stores like Macy’s.

If you have the application installed on your iOS device, have Bluetooth on, and have given the app permission to track your location, when you enter an Apple Store, the application will switch to ‘in-store mode’.

The service will be available in US Apple Stores from today, as yet there are no details on when Apple will expand their iBeacn services to the UK and Europe.