If you are intrigued by the new Apple iBeacon device which is now gone live within Macy’s to test location specific discounts that will be made available to customers as they enter certain areas of the store.

You might be interested in this project which allows you to create your very own Apple iBeacon device using a Raspberry Pi mini PC, thanks to Tony Smith from The Register. 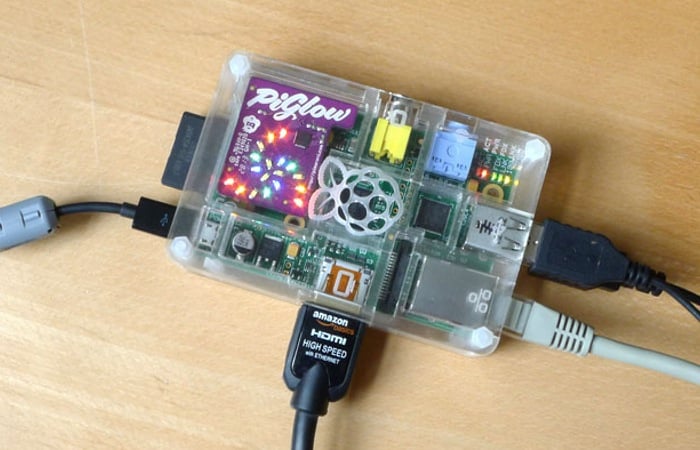 Tony has created his own version of the Apple iBeacon using a mini Raspberry Pi computer and a  a £12 Bluetooth 4.0 USB dongle. Explaining:

“Bluetooth LE incorporates a protocol for beacon devices to identify themselves. Each sends out a short packet of data “advertising” which can contain up to 31 bytes of user-defined data. Apple’s iBeacon specification, such as it is, stores four values in this space: a “Proximity” 128-bit UUID and two 16-bit numbers, “Major” and “Minor”.”

The real Apple iBeacon devices have been installed in Macey’s in the run up to the holiday season to encourage browsing punters to buy and can be seen in action after the jump.

“Shopkick deployed the first iBeacon/BLE-based presence signal at any major retailer on November 20, 2013. It is called shopBeacon and is currently live in a closed beta trial at Macy’s Herald Square, New York and Union Square, San Francisco.

ShopBeacon can welcome a shopper when she enters a store and show her location-specific deals, discounts, recommendations, and rewards, without her having to remember to open the app. It can also tie at-home browsing to in-store benefit—if she “likes” a specific product in the app, shopBeacon can remind her when she enters the store that sells it.

It can also deliver department-specific offers throughout the store—so the boots she liked show up at the most useful time—in the Shoe department. ShopBeacon requires minimal investment, can be installed by sticking the device on a wall or other flat surface, and has a battery life of five years. Now available for purchase nationwide, it works with the shopkick app with its 6 million+ shoppers, as well as with retailers’ own apps.”

For more information on the new Raspberry Pi Apple iBeacon device jump over to the Register website for details and full instructions on how to create your very own.