If you are looking for a project to keep you busy that uses a Raspberry Pi mini PC, you might be interested in this awesome Raspberry Pi controlled mini CNC Laser engraver built by Xiang Zhai.

The Raspberry Pi laser engraver has been built using two DVD drives salvaged from old computers and less than $10 in extra parts bought on eBay, all powered by the Raspberry Pi computer. 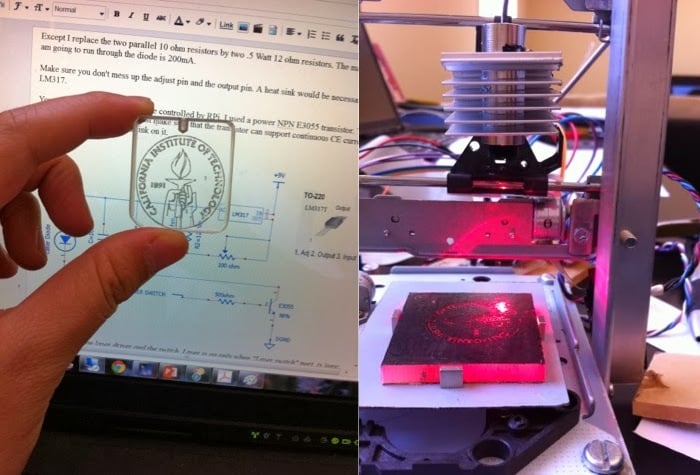 In the past small DIY laser engraver have been created using Ardiuno boards and there are C programs available that can run directly on Arduino to process G code. But the Raspberry Pi version is capable of providing more power. Its creator explains:

“The reason why I choose Raspberry Pi it is a much more powerful device than Arduino; it has a complete OS; the GPIO pins can be controlled by python, a more intuitive and simpler language than C (the disadvantage of python would be the slow speed); I don’t have to buy a separate controller for this project--I can use a single Raspberry Pi to do a lot of different things without reloading firmware.”

For more information on the new Raspberry Pi laser engraver jump over to the Funofidy website for details. You can also see two other Arduino based devices in action in the videos below.