Angry Birds Space was unveiled not long ago in cooperation with NASA directly from the ISS in orbit. Angry Birds is now taking to another extreme location, this time a Formula One racing track. Rovio has teamed up with F1 driver Heikki Kovalainen and the result is the coolest racing helmet in the history of helmets. 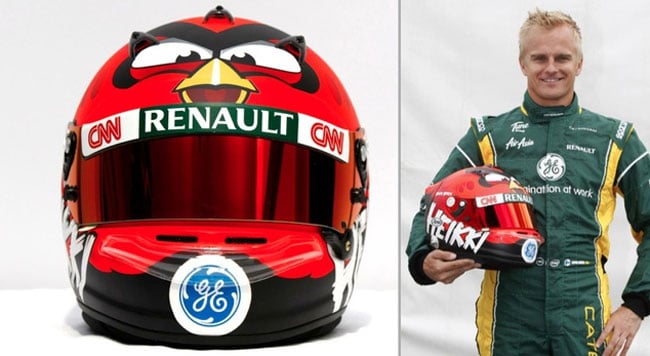 Heikki’s new racing helmet has a red Angry Bird on it from detail and has his name on the sides of the helmet. As recognizable as the characters from Angry Birds are, Rovio doesn’t need to plaster to name all over the helmet to get the message out.

I only wish another racer was shooting around the track wearing a pig helmet and the racers could shoot slingshots at each other during pit stops. I might actually watch Formula One to see the red helmet fly around the track.