This isn’t the first time we’re seeing a leaked video showing us the All New HTC One. It has happened before, which might have created some problems for the leaker.

Today, another video has been leaked, showing us the all new HTC One from all angles, software, design, etc. However, there’s one small problem, the video is in German, so if you’re good with it, or just want to take a look at how good the new flagship device looks, check it out. 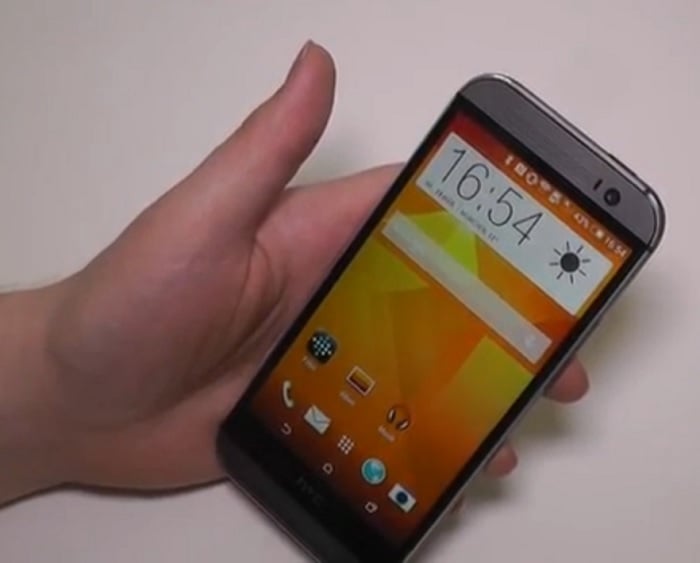 This video is 14 minutes long, and digs in most of the features the handset has to offer, including the dual cameras, software experience, looks and much more. It seems the HTC One will come with the on-screen navigation buttons instead of the capacitive ones.

As far as the specifications are concerned, the handset is rumored to come with a 5-inch 1080p display, a quad-core Snapdragon 801 chipset, 2GB of RAM, 16GB of storage with a microSD card slot, dual-cameras with UltraPixel, a 2,600 mAh battery and runs Android 4.4.2 with Sense 6.0 UI.

The handset is expected to see the light of the day on March 25th, that is, tomorrow at a press event in New York and London. We’ll update you as soon as it gets official.