The All New HTC One is one of the worst kept secret of the Taiwanese OEM. The handset has been in leaked in a number of images before, even a leaked video showing the device from all angles.

Now, some more images of the handset has popped up from Chinese shores, showing us the device from several different angles. Additionally, it also shows a China Mobile logo on the back of the device, hinting at its launch on the biggest carrier in the world. 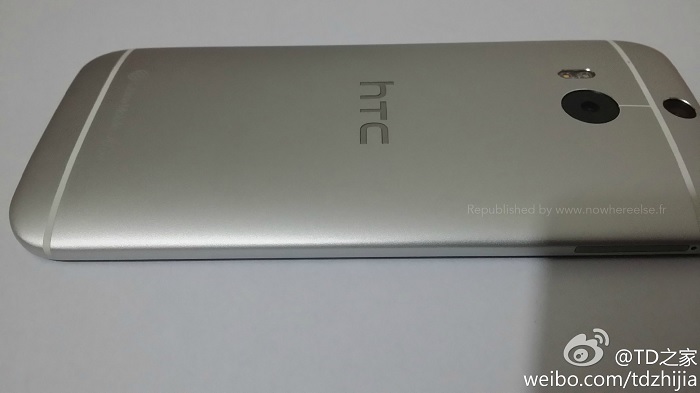 The handset is show from many different angles, and well, it’s not surprising at all as we’ve seen it getting leaked on countless number of occasions in the past. Even the well-connected @evleaks posted a couple of press renders of the alleged handset, along with a bunch of flip covers that will launch with the device. It’s not just the leaks, HTC itself posted a number of teasers of their upcoming flagship device. Here are some of them for your viewing pleasure:

As far as the specifications are concerned, the handset is rumored to come with a 5-inch display sporting a 1080p resolution, a Snapdragon 801 chipset, 2/3GB of RAM, 16GB storage with a microSD card slot, dual-cameras for improved photography and runs Android 4.4.2 KitKat with Sense 6.0 pre-installed out of the box.

HTC has scheduled an event on March 25th where the company is expected to launch the all new HTC One. We’ll update you as soon as the handset gets official.