Yesterday, @evleaks posted an image of the upcoming HTC One (2014) with a new flip cover on it, with a hint that we might see a Google Play Edition of the handset in the coming months.

Now, he has posted more images of the flip covers in several colors other than black, with small holes showing the date and time. 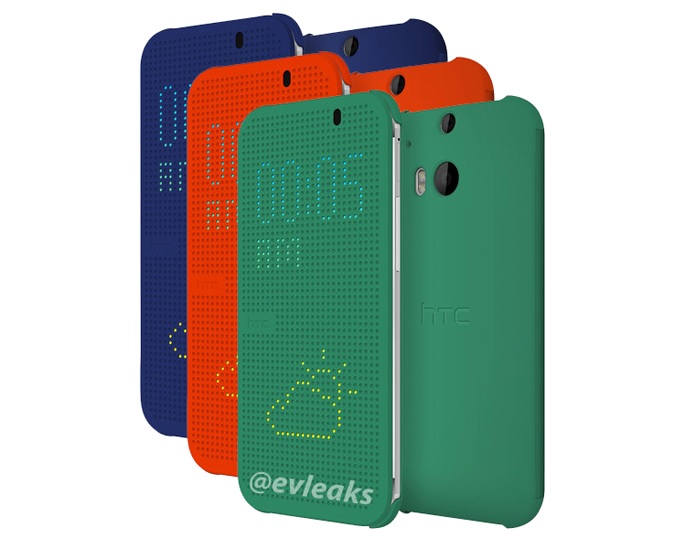 There’s no word about the launch of the cases, nor their pricing, but we’re pretty sure we’ll see them on stage when HTC reveals the alleged HTC One on March 25th.

The details about the specifications of the HTC One (2014) are scarce, but we do know a little bit of details about what to expect from the handset. The all new HTC One is expected to feature a 5-inch display sporting a resolution of 1920 x 1080 pixels, a quad-core Snapdragon 801 chipset, 2/3GB of RAM, 16GB of storage with a microSD card, dual-cameras on the back, and is expected to ship with Android 4.4.2 KitKat with Sense 6.0 UI pre-installed out of the box.

HTC has scheduled an event on March 25th in New York City where the company is expected to take the wraps off of its primary flagship device. We’ll update you once HTC officially unveils the handset with its pricing and other details.