Earlier today, we saw a clear picture of the rear dual cameras on the All New HTC One. Actually, we’ve seen it in a number of leaked photos and press renders of the alleged device.

Today isn’t different, and another image of the alleged all New HTC One has surface, giving us another clear picture of the dual-camera as well as the design. 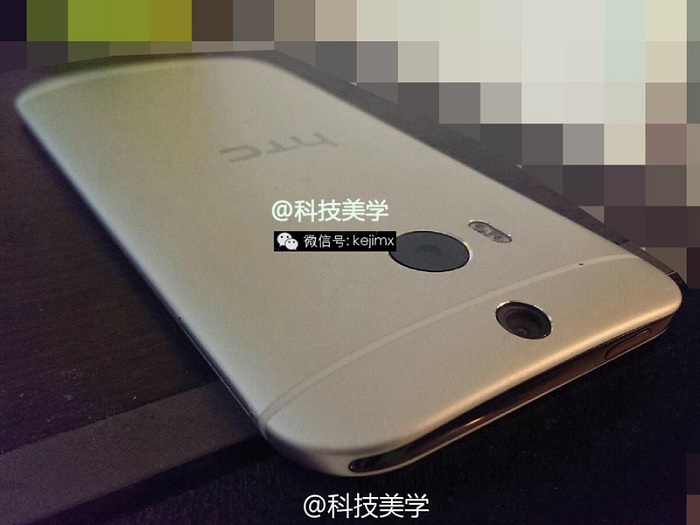 It seems HTC has improved the overall design of the handset, despite the fact that it looks strikingly similar to the HTC One. It has round edges, a black strip of some sort on the top and the dual-cameras, which we’ve seen countless number of times.

Based on rumors, the all-new HTC One will feature a slightly bigger display of 5-inch sporting a 1080p resolution, and is expected to ship with a quad-core Snapdragon 801 processor on board. Other rumored features include 2/3GB of RAM, 16GB internal storage with a microSD card slot, dual-rear cameras and should ship with Android 4.4.2 KitKat with Sense 6.0 UI pre-installed out of the box.

HTC has scheduled an event on March 25th in New York City where the company is expected to unveil is primary flagship device for the year. We’ll update you as soon as more information comes up.