It looks like Alcatel is about to launch a new Android tablet, the Alcatel One Touch Pop, which you can see in the photo below, the tablet will feature a 7 inch display.

As you can see from the photo, the Alcatel One Touch Pop may feature a removable back cover, which would allow you to change the color of the tablet. 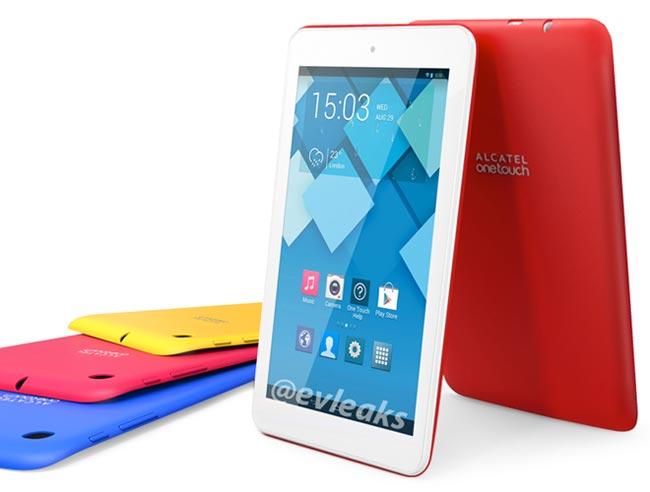 Unfortunately we do not have any details on the specifications, although we suspect the 7 inch display will come with a resolution of 1280 x 720 pixels or higher.

There are no details on which version of Android the Alcatel One Touch Pop will come with, although we suspect it will come with Android Jelly Bean, probably 4.2.

A number of these new smartphones are headed to the US, with two new ones on the way to US mobile carrier T-Mobile, so we would expect this new tablet to launch in the US as well.

As yet we do not have a release date for the Alcatel One Touch Pop tablet, as soon as we get some more information, including full specifications and pricing we will let you guys know.