The Alcatel One Touch Hero is a more affordable smartphone when compared to the flagship Alcatel One Touch Idol ALPHA and is fitted with a smaller 6-inch 1080p LCD display and MagicFlip cover with LED notifications. 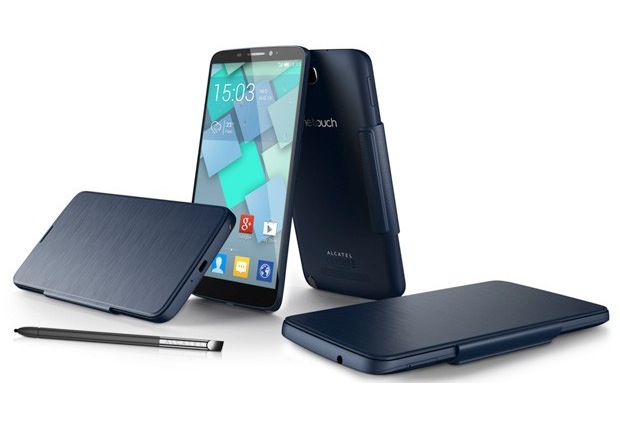 The Alcatel One Touch Hero has been designed to run Google’s latest Android 4.2 Jelly Bean operating system and is powered by a 1.5GHz quad-core processor supported by 2GB of RAM.

“The HERO comes with a stylus which transforms the phone into a creative enterprise tool letting you annotate, create memos and professional sketches. It is loaded with apps that fully utilize hand writing recognition, which enables desktop like functionality to create and edit office documents on the go.”

Together with 2 megapixel front facing camera for video calling, together with a 13 megapixel rear facing for video and photographs. But even though the Alcatel One Touch Hero is not the coma pies flagship smartphone expect it to carry a “high-end” price when it officially launches next month.