Mobile applications are becoming extremely popular, we recently heard that the 10 billionth app was downloaded from the Apple App store, and the number of downloads are strong on other platforms as well like Google’s Android OS.

According to application analytics firm Localytics, out of all the applications that were downloaded in 2010, over 26 percent of these apps were used just once. 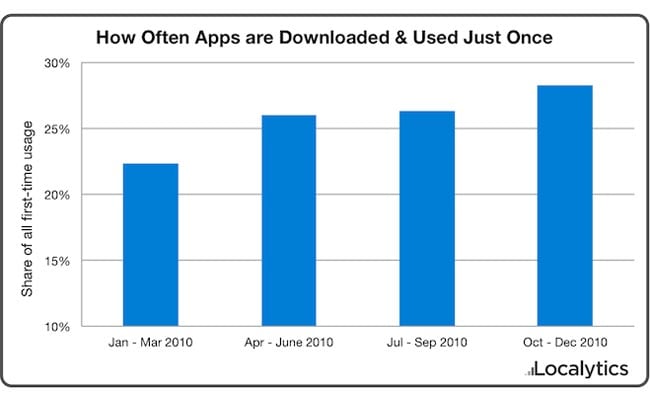 The company studied thousands of applications for a range of platforms including Apple’s iOS, Google’s Android platform, BlackBerry and Windows Phone 7 platforms, and then checked to see how often the applications were used.

Over the 12 month period, on average 26 percent of all applications downloaded were used just one time, which does seem like a high number.