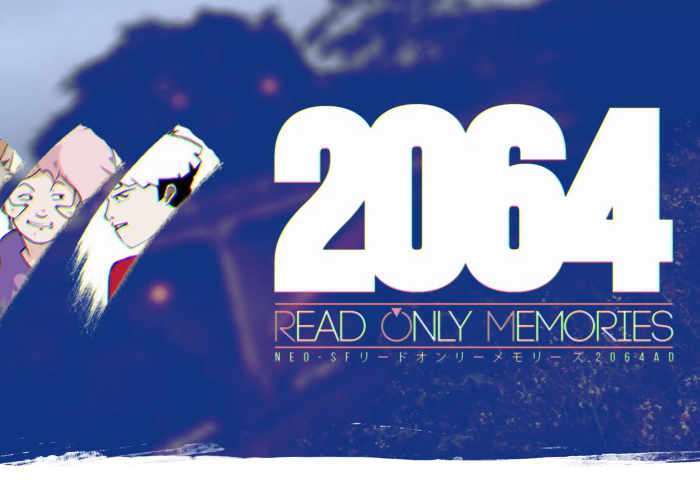 A new launch trailer has been released this week for the upcoming PlayStation 4 game 2064: Read Only Memories, which has been inspired by classics such as Gabriel Knight: Sins of the Father and Snatcher, say its developers.

During the game your life as a struggling journalist is suddenly interrupted by the world’s first sapient machine, a ROM (Relationship and Organisational Manager) aptly named Turing. Check out the launch trailer below :

Features of the 2064: Read Only Memories game which is now available to purchase for PS4 include :

• Dynamic narrative defined by player choices.
• Over 10 hours of dialogue, exploration, and gameplay challenges with multiple solutions, paths, and endings.
• Voice acting from a unique and diverse professional cast of talent, including Austin Creed (aka WWE Superstar Xavier Woods), Todd Bridges, Melissa Hutchinson, Jim Sterling, voices from Telltale’s “The Walking Dead”, and many more!.
• New and revamped puzzles, an even deeper story and new expressive animations for the lively citizens of Neo-SF.
• “Endless Christmas”, an extended epilogue giving you the opportunity to hang out with your favorite Neo-SF locals!
• Even more Hassy than ever before!

Neo-San Francisco, 2064 AD. Your life as a struggling journalist is interrupted by the world’s first sapient machine, a ROM (Relationship and Organizational Manager) named Turing. Together, you and the quirky robot will encounter a colorful cast of locals and overcome challenges as you uncover the city’s secrets behind the overlapping futures of technology and humanity. 2064: Read Only Memories is a new cyberpunk adventure that will take you on a journey of puzzle-solving and exploring as you investigate the mysterious world and characters of Neo-San Francisco.

2064: Read Only Memories is a retrofuturistic take on the point-and-click adventure genre that features a rich mature narrative and unique gameplay challenges hidden within the beautiful interactive pixel scenes. The deeper you delve into the life of your missing friend, the further you get entangled into this tale about the dark side of technology. Can you survive in Neo-SF? Or will the mystery go unsolved…?