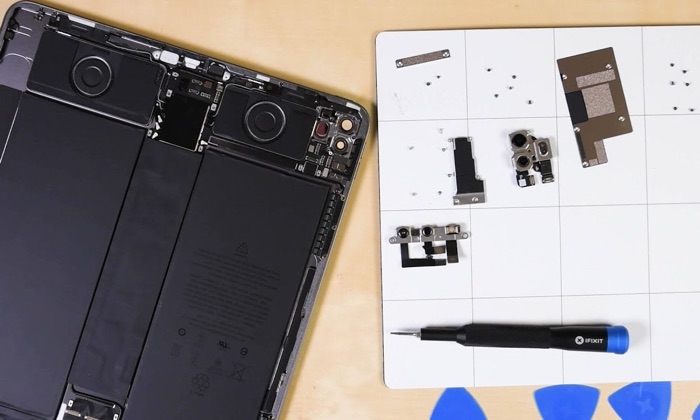 Apple recently launched their new 2020 iPad Pro, we have already seen some hands on videos of the device and now we get to have a look inside it.

The guys from iFixit have taken apart the new iPad Pro and we get to see how the design of the device has changes inside from the previous model.

The design of the new iPad Pro is very similar to the previous model, although it does get a number of upgrades.

On the back of the device there are two cameras and also a LiDAR scanner, it also comes with a new processor, which is a minor upgrade over the previous model and 6GB of RAM, the previous iPad Pro had 4GB of RAM.