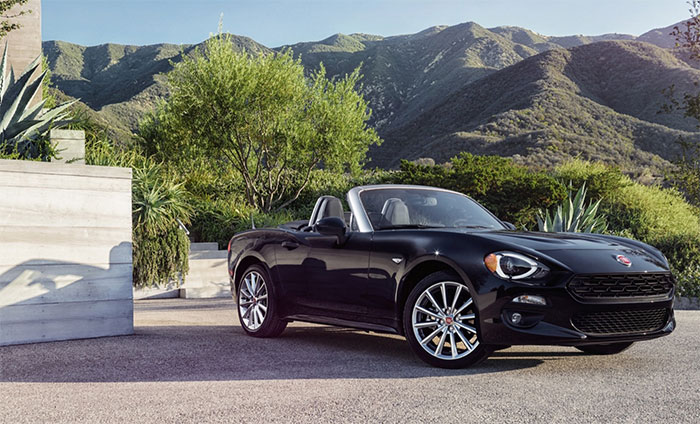 The Fiat version of the new Mazda MX-5 has made its official debut at the LA Auto Show and it looks nothing like its Mazda sibling. The 2016 MX-5 and 2017 Fiat 124 Spider share not one single body panel between the two. In fact, the Fiat is a bit larger. Power for the Fiat 124 Spider comes from the same 1.4L four that is found under the hood of the 500 Abarth.

That 1.4L four makes 160hp and 184 lb-ft of torque. That is only five more hp than the Mazda, but around 40 lb-ft more torque. More torque will make the car feel quicker. Word is that a massaged Abarth version is in the works. Fiat will offer the car with a 6-speed manual or a 6-speed auto transmission. 124 Spider buyers can get the car in Classica and Lusso versions.