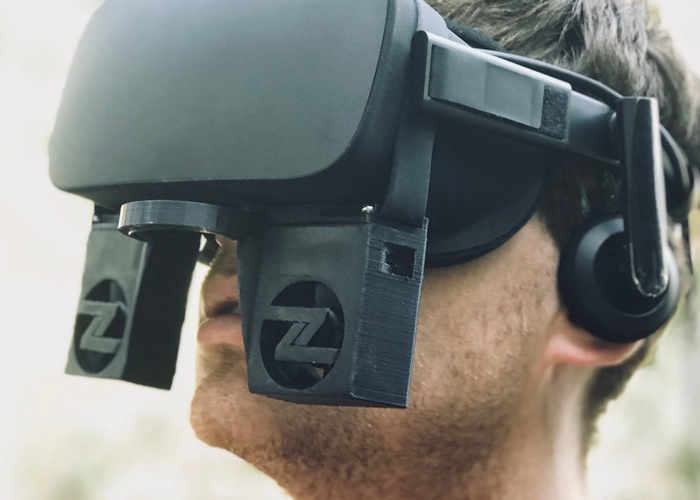 Virtual reality users looking for even more immersion whilst engaged in VR may be interested in a new wind simulator which can be fitted directly to the PlayStation VR, HTC Vive and Oculus Rift headsets to provide a subtle yet immersive blast of wind as you fall, move or get hit by spells and other in game mechanics. Watch the demonstration video below to learn more about the new ZephVR system which has been created by Weasel Labs based in New York.

The ZephVR consists of two lightweight, quiet fans which attach to your VR headset and recognise the sound of wind in any audio track providing you with a blast of fresh air for an even more immersive feeling. The development team at Weasel Labs explain more.

The ZephVR is an accessory that attaches smart fans to any VR headset and adds realistic wind at the right moments. So when you fly, fall, or accelerate—or when there’s wind in a game—you’ll actually feel it. We like to think of it as the Rumble Pak for VR. The ZephVR uses machine learning to recognize the sound of wind and motion in VR games, automatically. This means it works for all games out of the box. The ZephVR adds a ton of immersion to VR games, especially those with lots of motion or weather. Here are some examples:

– Moving around..like flying, racing, or swinging between trees.
– Accelerating…like roller coaster drops, or skydiving!
– Falling…because let’s be honest, you don’t always land where you want to.
– Horror games. Try not to rip off your headset when you feel ghosts appear before you

ZephVR has this week launched Kickstarter and already raised its required pledge goal making sure that the virtual reality accessory makes the jump into production sometime next year.