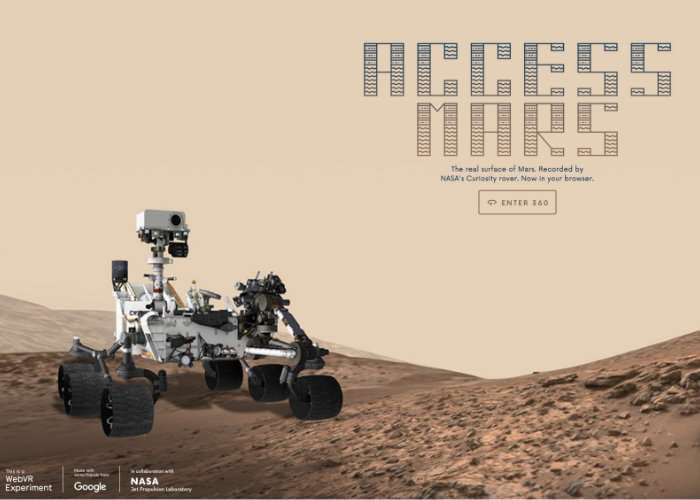 The Access Mars project has been created thanks to a partnership between Google and NASA’s Jet Propulsion Lab and uses imagery from the Mars Curiosity Rover which landed on the red planet back in August 2012.

The 360 degree view of the planet has been created using technology similar to that incorporated into Google Maps Street View. SpaceX CEO Elon Musk is sure to be interested in the new virtual reality experience Mars as he wants to start colonising the red planet by 2024.

Google has also made it possible to explore the International Space Station using Google Street View technology, check out the article over on the official Google Blog by following the link below.