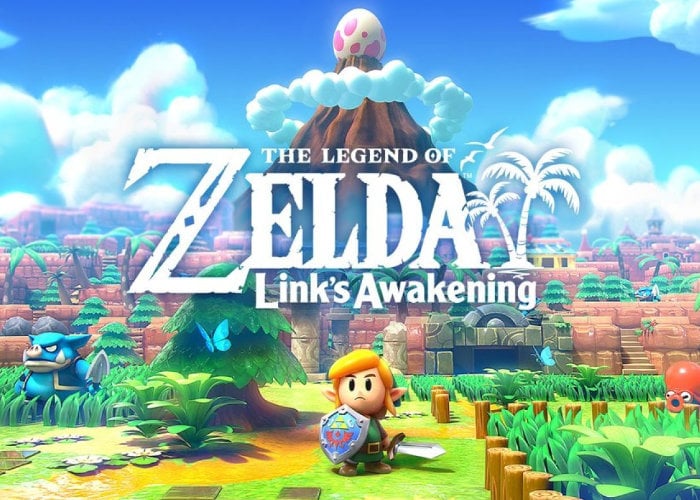 The upcoming action adventure game reboot has been developed for the Nintendo Switch and continues the top-down perspective and gameplay from the original.

“Its story is set on Koholint Island, where Link, the player character, is stranded after his ship is caught up in a storm. After being rescued by Marin, Link embarks on a quest to collect the eight instruments of the Sirens and awaken Koholint’s legendary Windfish in order to escape the island. Explore a reimagined Koholint Island that’s been faithfully rebuilt in a brand-new art style that will entice fans and newcomers alike.”

– As Link, explore a reimagined Koholint Island and collect instruments to awaken the Wind Fish to and a way home
– Explore numerous dungeons, riddled with tricks, traps, and enemies, including some from the Super Mario series
– Meet and interact with unique locals to get help on your adventure
– Listen to a reawakened soundtrack that helps bring life to Koholint Island
– Earn Chambers (Dungeon Rooms) and arrange them to complete objectives in the all-new Chamber Dungeon.
– Complete dungeons throughout the story to earn their rooms for the Chamber Dungeon.
– Earn additional chambers in mini-games and by tapping any amiibo figure featuring a Legend of Zelda character.

“Battle enemies as you conquer numerous dungeons and uncover the hidden secrets of the island. Encounter Super Mario enemies like Goombas, Piranha Plants, and more, and interact with unique locals who help Link on his adventure. As you clear dungeons throughout the main story, earn dungeon rooms (Chambers), then arrange them into custom layouts in the all-new Chamber Dungeon. Place your dungeon entrance, Nightmare room, and everything in between as you try to fulfill objectives and play through a new dungeon. Tap compatible amiibo figures to earn more Chambers and and additional Chambers throughout the game in updated mini-games, such as the river rapids, trendy game, and fishing.”