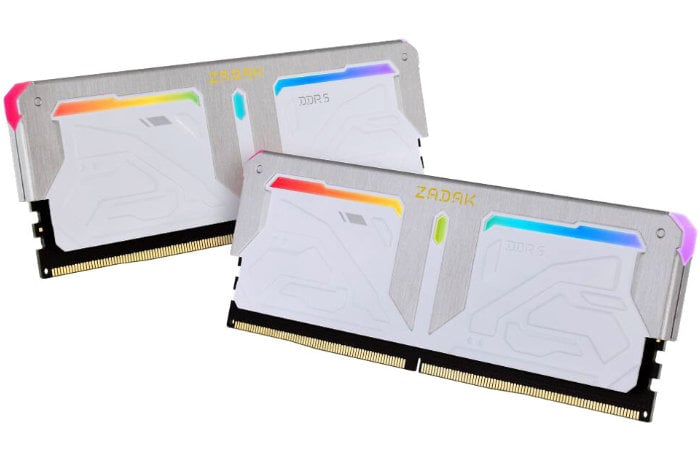 Enthusiast PC gaming component design and manufacturing company ZADAK has launched their new Spark 7200 DDR5 memory this week, marketing it as the “next step forward in gaming DRAM”. The new Spark DDR5 RGB illuminated gaming DRAM module will be available in 16GB and 32GB capacities and is expected to launch sometime before the end of 2021. The DDR5 memory will be available in modules ranging from 4800 MHz all the way up to 7200 MHz. Unfortunately no indication of pricing has been revealed as yet but as soon small information is released we will keep you up to speed as always.

The DDR5 memory brings with it new power management technology removing the need for the motherboard to handle it, thanks to a PMIC (power management integrated circuit) on the memory module itself. “While DDR4 modules consume 1.2 V, DDR5 memory modules only require 1.1 V. It sounds like a small difference, but over hours and days of gaming, it adds up to significant power savings. The PMIC also gives overclockers more options when it comes to tweaking settings. ns when it comes to tweaking settings.” 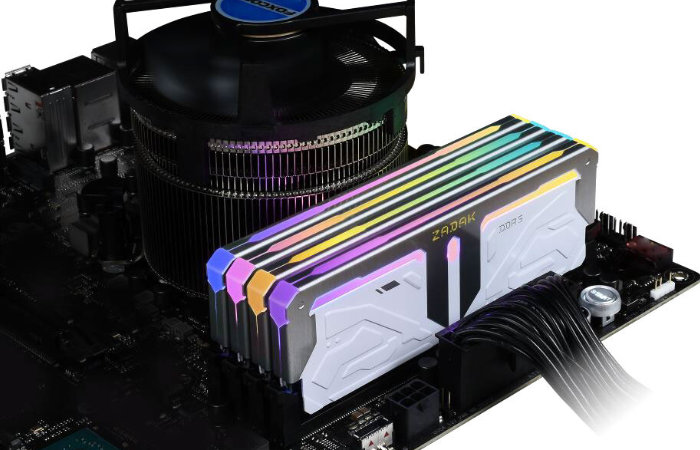 “ZADAK’s design engineers also gave this module a sleek, understated exterior combining gray brushed metal with a pure white heat dissipator. It fit s well into the all white or minimalist builds in the current market that are the rage with PC modders and enthusiasts. ZADAK has been working closely with motherboard manufacturers such as ASUS, MSI, Gigabyte, and ASRock to deliver unparalleled compatibility and stability, as well as top notch overclocking potential with next gen platforms from Intel and AMD. The DDR5 memory modules will be on the market before the end of 2021.”