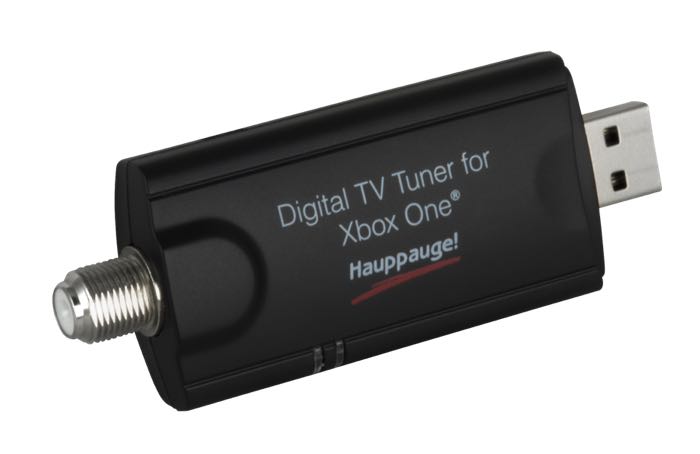 Microsoft announced their new Xbox One Tuner last month and now the company’s Major Nelson has announced the launch of the device in the US and Canada.

The Hauppage Digital TV Tuner for the Xbox One is now available in Microsoft Stores and Amazon for $59.99.

Today, we’re excited to deliver one of the most requested live TV features on Xbox Feedback to our fans. All Xbox One owners in the U.S. and Canada can now enjoy over-the-air TV alongside their gameplay with the Hauppauge Digital TV Tuner for Xbox One. Support for over-the-air TV on Xbox One means you can access broadcast networks available in your area, subscription free, and, in true Xbox One fashion, without having to worry about switching inputs between your games and TV. The tuner joins a number of TV-viewing options currently available to Xbox One, including live TV apps such as Sling TV, an impressive lineup of on-demand apps like HBO GO, Netflix, Comedy Central, and Hulu Plus, and cable TV and satellite TV integration.

You can find out more details about the Xbox One Tuner at the link below, the device retails for $59.99.