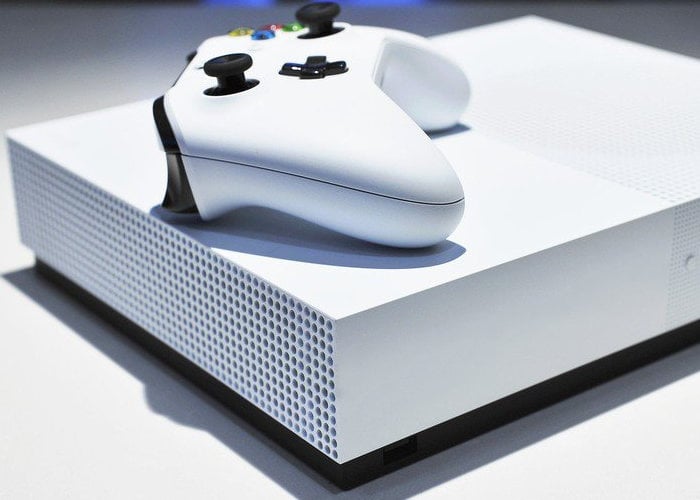 According to sources close to the development of the Xbox Maverick console, a version of the Xbox One S without any disk drive. The new digital Xbox console is expected to be named the Xbox One S All-Digital Edition and could be available to purchase worldwide during May 2019.

The disc-less Xbox One S console would be a first for Microsoft, offering Xbox gamers a chance to ditch hardcopy game dicks in favour of digital game licenses. Rumours are circulating that Microsoft will launch the Xbox One S All-Digital Edition console next month during April 2019, although no pricing or launch date has been leaked or announced as yet. Although its thought the “All-Digital Edition” would be the most affordable Xbox One console to date.

It’s also thought that Microsoft may be preparing to announce a Fortnite Edition console with a custom Fortnite design, rather than just offering a game bundled with the new Digital Xbox One. But these are just rumours of the current time and Microsoft has yet to announce any confirmed release dates, pricing or bundle details. But as soon as more information is leaked or officially announced by Microsoft we will keep you up to speed as always. The Windows Central website explains a little more about the removal of the Xbox disk drive and its implications.

“Losing the disc drive puts a limit on the amount of 4K content you can consume on Xbox, particularly outside of the USA where 4K digital video offerings are lacking compared to physical 4K Blu-ray discs. But going all-digital brings benefits like pre-loading of games, and instant refunds via the Microsoft Account page.”