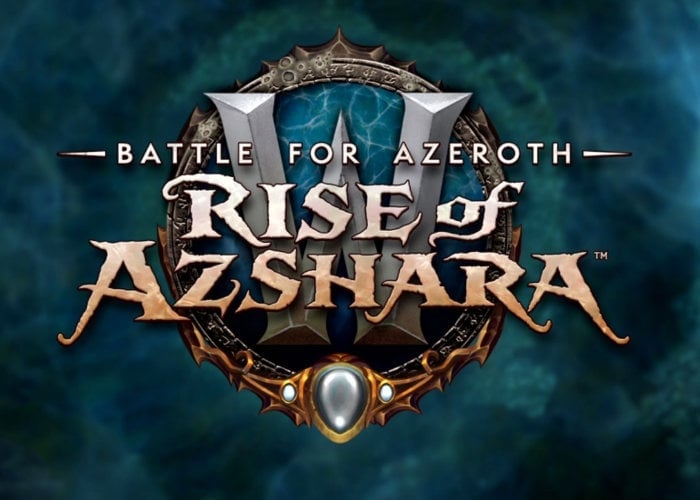 Blizzard has this week released a new patch for the Battle for Azeroth DLC, World of Warcraft’s 7th expansion, bringing with it improvements, tweaks and enhancements to the game especially for the Battle for Nazjatar world PvP event. Over the past week or so various hot fixes have been rolled out but the latest patch addresses a wide variety of different areas.

Listed below are a few updates rolling out with the latest patch which was made available earlier this week. For a full list jump over to the official World of Warcraft website.

– Prince Erazmin’s best friend, Scrappy, is now better at traveling Rustbolt to encourage the resistance. He should no longer occasionally fall through the ground.
– Unleashed Arcanofiend’s Proximal Chaos attacks are now a bit less chaotic.
– In Nazjatar, there are now fewer slugs in rocks. Eww.
– Fixed an issue where some players could receive the Zen’lan Lost Treasure Map mission a second time with no loot. The mission is now removed if it has already been completed.
– Missions with the Deep Sea mechanic now have a base time of 24 hours and are properly countered by Naval Expert.
– A recent change in diet has made the chitin on glimmershell crab shells more resistant to breaking during combat, resulting in Hefty Glimmershells of usable quality dropping more frequently when you’re in “A Steamy Situation”.
– The spell intended to recover your corpse during “Infestation of Madness” no longer incorrectly sends your corpse to Nazjatar.

Battle for Nazjatar
– Additional improvements have been made to this event. It should now become active more often, while still ensuring that there are mix of Horde and Alliance players present.
– Factions that control more capture points within the Battle for Nazjatar event will now yield more Victory Points. This works similarly to Arathi Basin or the Battle for Gilneas.