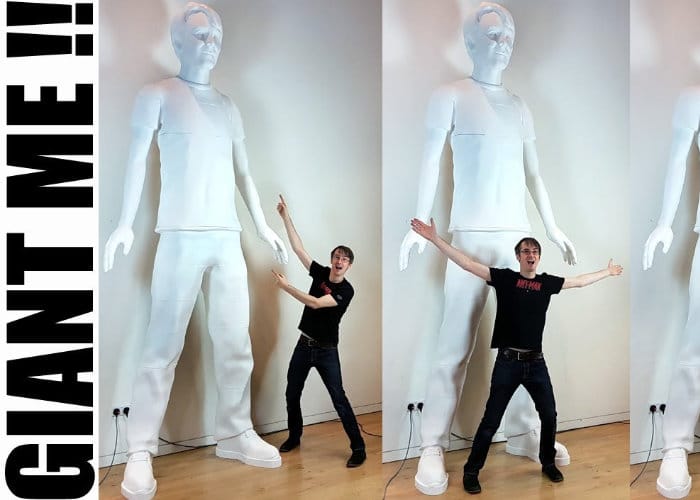 Maker James Bruton who specialises in creating amazing 3D printed projects including robots, unique electric skateboards, and then showcases the build process and finished items on his YouTube channel, which enjoys over 500,000 subscribers. Has this month broken a World Record by creating the world’s largest 3D printed human sculpture.

Watch the videos below for information about the world record attempted by James Bruton and learn about the 3D printing process which must have used a huge amount of 3D printing filament and taken quite some time to complete. Luckily James was helped out by 3D printers supplied by Lulzbot and the huge amount of 3D printed filament was supplied by 3DFilaprint both of which sponsor his YouTube channel.

James was trying to beat a previous world record that was set and used 3D modelling software to sliced up a 3D scanned image of himself into multiple parts. The individual parts were then 3D printed and glued together to create larger parts, which again were then glued together themselves to make three large sections which stood on top of each other creating the finished sculpture.

As you can see in the final video when James is showcasing the finished 3D printed human sculpture in his local library, the balance and centre of gravity of the sculpture allows it to be displayed without the need for extra supports. For more information on all the other fantastic projects undertaken by James and his 3D printers jump over to his official YouTube channel by following the link below.