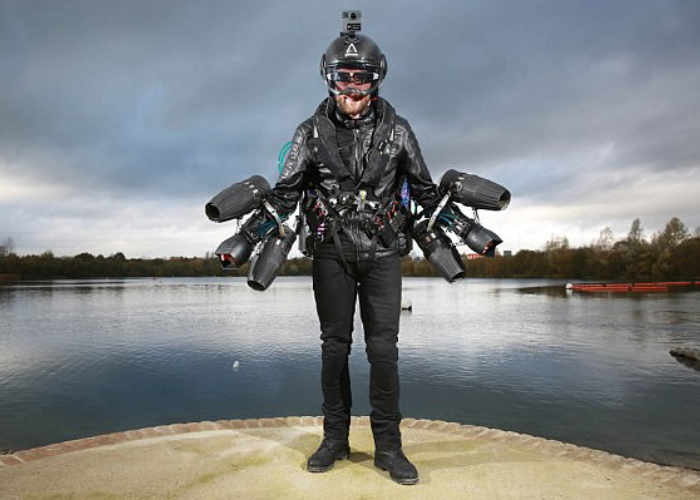 Richard Browning the inventor and designer of the jet engine flying suit inspired by the Marvel comic hero Tony Stark. Has this week set a new Guinness world record for the fastest-ever flight in a flight suit. The Guinness world record attempt took place over Lagoona Park in Reading, England, Browning where Richard reached a speed of 32.02 mph or 51.53 km/h. The flying suit is powered by six small kerosene-fuelled micro gas turbines strapped to his arms.

Once ignited the engines provide 22 kg of thrust and a controlled simply by Richard’s arm movements. After the successful Guinness World Record attempt Richard commented : “I am delighted we have set the record. I’m very proud indeed to be a part of Guinness World Records Day, it is a pleasure and a privilege to have our unique creation recognised and celebrated all round the world,”

Richard is now hoping to develop the flying suit even further by upping the power and even adding wings to help conserve fuel and also increase the flight speed. As soon as more details come to light, or videos published we will keep you up-to-date as always.