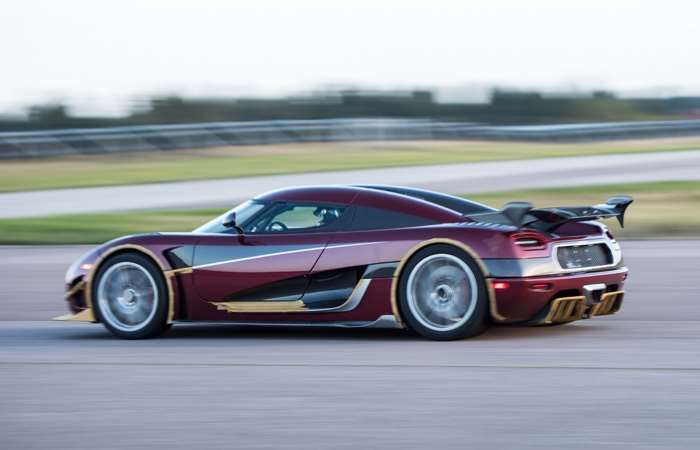 The Agera RS used for this 0-400-0 run is destined for delivery in the United States. It features our 1MW engine upgrade, providing 1,360hp and 1,371Nm of torque (1,011 ft lbs). The car is equipped with Koenigsegg’s optional and removable rollcage. The roll cage adds weight but is recommended for extreme track driving and as the cage can be removed in a few hours by a layman, it’s possible to switch between an ‘extreme’ or a more ‘elegant’ setup with ease, if so desired.

You can find out more details about the Koenigsegg Agera RS over at Koenigsegg at the link below.