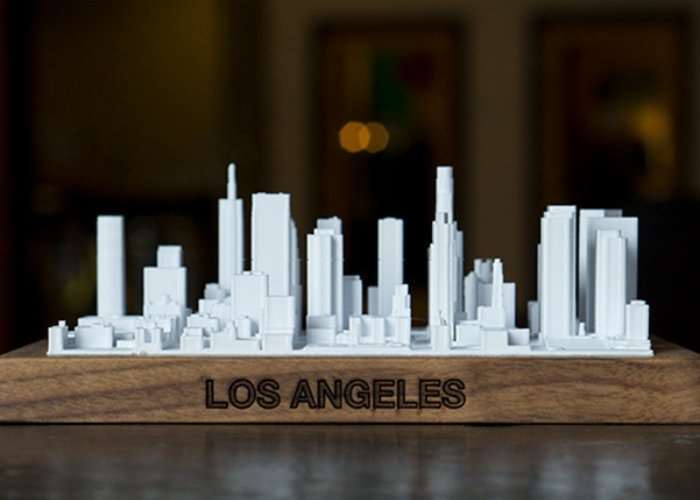 3DPS based in Dallas, Texas int he US has taken to Kickstarter this week and already raised the required pledge goal to take its unique 3D printed city skyline project into production. Offering scale models of city skylines such as Los Angeles, Dallas, Houston and more chosen by you.

Watch the promotional video below to learn more about the 3D Printed Skylines which are now available to back via Kickstarter from $55 with shipping expected to take place during January 2018.

The development team behind the project explains more :

We build to scale models of cities chosen by you, and bring those cities to life through 3D printing! So far we have completed 5 to scale models, meaning each dimension has the same proportion to the real life city, and plan to expand rapidly across the United States and the rest of the world. We need your help choosing which city to build next. With your backing we will be able to acquire the 3D printers to reach the production capacity necessary to make this a sustainable business.

We have completed 5 locations that are available to ship before Christmas! Dallas was the first city built. It’s our hometown. After Dallas we began accepting votes and quickly expanded to other Texas cities such as Fort Worth and Houston. We’ve since expanded out to Los Angeles with more on the way! Chicago and San Francisco have the highest vote counts so we’re currently working on the plot for Chicago and expect to be done shortly after this campaign. San Francisco will follow shortly after Chicago. Where would you like to go? Pledge $1 to support this campaign and your vote will count double after this campaign or you can place a single vote for free on our website right now!

Jump over to the official Kickstarter campaign by following the link below to learn more about this unique project.