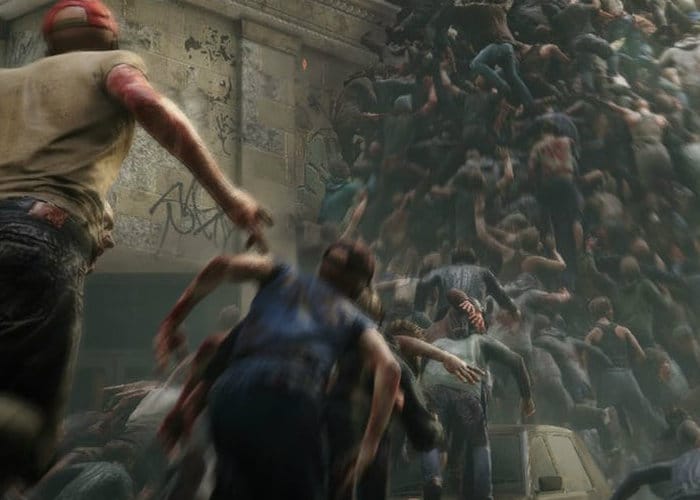 Although no official release date has been announced as yet for the upcoming World War Z video game a new trailer has been released this week to whet your appetite for the action you can expect. During gameplay players can expect up to 1000 zombies to be chasing them down as they fight to survive in the new video game based on the book and movie which starred Brad Pitt.

The World War Z video game launch may be held delayed due to the delay of the second film in the series. But as soon more information becomes available on an official release date and platforms supported we will keep you up to speed as always. In the meantime check out the latest trailer below to learn more about how the zombies will swarm during gameplay to try and take out players.

“The sheer quantity of swarming enemies on the screen and the way they interact by climbing over one another to reach areas that would be safe in other games is unique to World War Z. I would say it truly defines the game. Fighting the swarms that can be either one massive enemy or 1,000 individual ones is exhilarating and addicting.”