The recent fitness craze that’s sweeping the U.S. has led to the development of a lot of nifty gadgets and apps – the most obvious example being fitness trackers. The Withings Pulse is the latest to appear on the scene.

It was put on display back during CES as the Withings Smart Activity Tracker. Back then the company said it would ship in March, but they’re just now starting to take pre-orders. The only noticeable difference is the name. Otherwise it’s the same device showcased during CES. 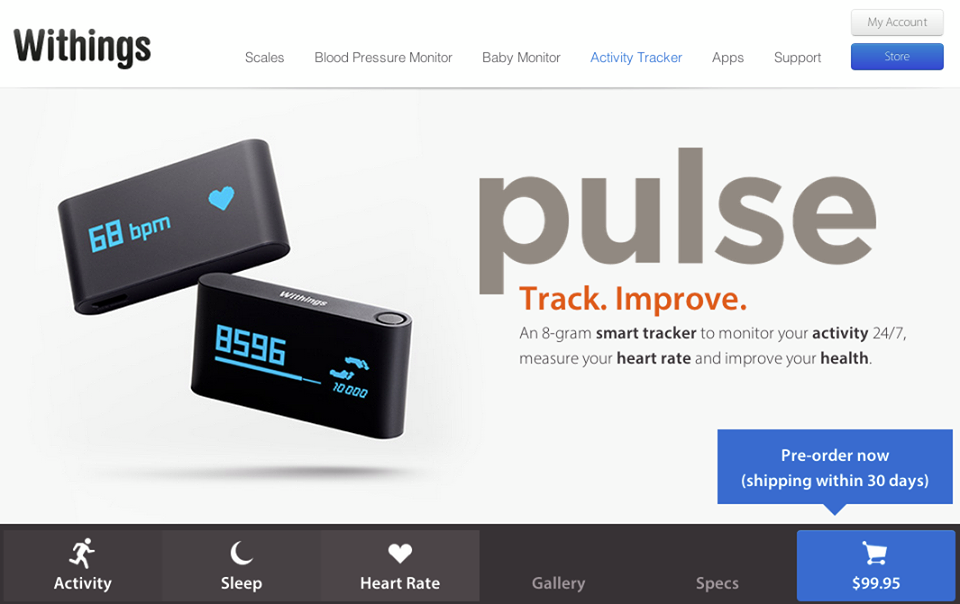 The Withings Pulse tracks everything from steps to sleep patterns and more for the low price of only $99.95, which is pretty cheap considering the Nike Fuelband on my wrist costs $150 and doesn’t track half of what Pulse tracks.

Pulse users will be able to automatically sync their device to their phone via Bluetooth 4.0, and can make use of the free app that goes with the device via iOS or Android. Speaking of which, when is my Fuelband app finally going to come to Android?