The first Windows Phone smartphone has gone on sale in China today, the HTC Eternity, which is basically a HTC Titan, and the device comes with a 4.7 inch display and front and rear facing cameras.

Microsoft have also shown off their new Chinese language interface for Windows Phone, and we can expect more devices to launch later this week with the latest version of Microsoft’s mobile OS Windows Phone Tango. 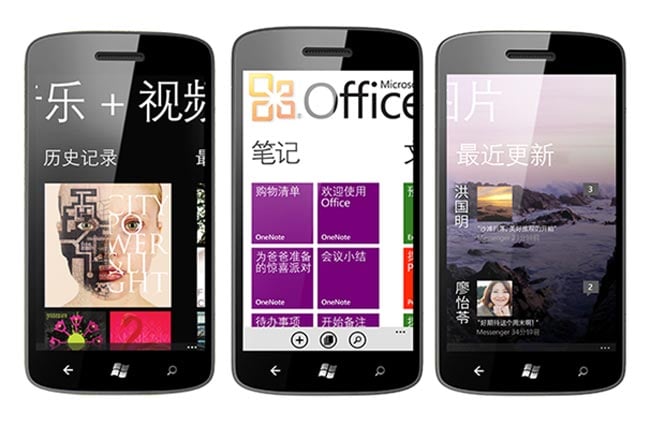 To mark the arrival of Windows Phone, Microsoft China held an event in Beijing for press and phone industry executives Wednesday to show off the Chinese-language interface. If you’re curious, here are a few shots (shown in a generic handset) providing a taste of Windows Phone in simplified Chinese. The software also supports traditional Chinese.

The ones we are most interested in seeing are the new devices from Nokia, who are holding a special press conference in China next week on the 28th of March.