According to the guys over at WPCentral, one of the new features in Windows Phone 8 will be lock screen notifications, something which Microsoft have yet to announced. 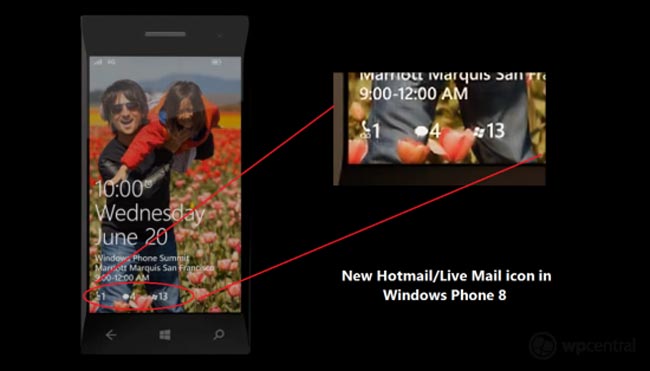 It isn’t clear as yet whether Windows Phone 8 will feature a lock screen notification center for all apps or whether select apps will deliver notifications to the lock screen, like notifications for Hotmail emails, as soon as we get some more information we will let you guys know.