We know that Microsoft’s next operating system, Windows 8 will be tablet friendly and have already seen some photos and video of the Windows 8 tablet user interface. 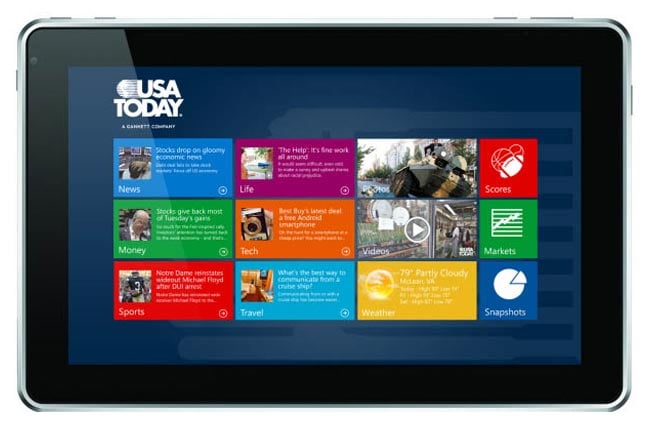 One of those is a USA Today application, and they are planning to use the Metro UI of Windows 8, for their tablet app, and USA Today’s Art Director, Robbie Dillon has described the application in his online resume.

In preparation for the Windows 8 release, this app is being built to take advantage of the touch-first, native environment of Windows 8, while retaining the look and feel of the Windows Metro UI and showcasing the content of USA Today.

We suspect we will get a look at quite a few more Windows 8 tablet applications before Microsoft launches their new OS.