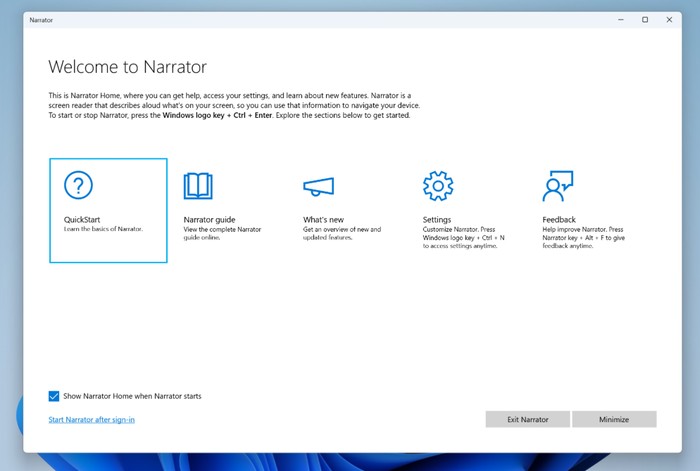 Microsoft has once again released a new preview build of its latest Windows 11 operating system making available the Windows 11 Insider Preview Build 22509 via the official Dev Channel. This build of Windows 11 brings with it a set of improvements that make browsing the web in Microsoft Edge with Narrator easier as well as providing a “good set of improvements” including new layout options for Start, clock and date will now show on secondary monitors, and Settings changes, says Microsoft.

“We have been working on a collection of improvements to web browsing with Microsoft Edge and Narrator. Specifically, typing in edit fields should now be faster, when navigating around the web more useful information is provided, and lastly you will have a more consistent navigation experience with Narrator. Starting in this build, you can right-click on Start to quickly access Start settings and choose the “More pins” or “More recommendations” layout option to show an extra row of either pins or recommendations, respectively.”

“We have made it easier to type in edit fields, such as the address bar, because Narrator scan mode will now turn off faster. Specifically, if you press Ctrl + L to jump to the address bar, you should be able to start typing immediately because scan mode will turn off sooner. This improvement will also help when filling in form fields such as typing your name and address in different edit boxes. In addition to making it easier to type into edit fields, we have also made it easier to delete in edit fields. Narrator will now read the character that the cursor position is at after a character has been deleted. In other words, if the cursor is on the “h” of “hello” and you press delete, Narrator will speak “e”.”